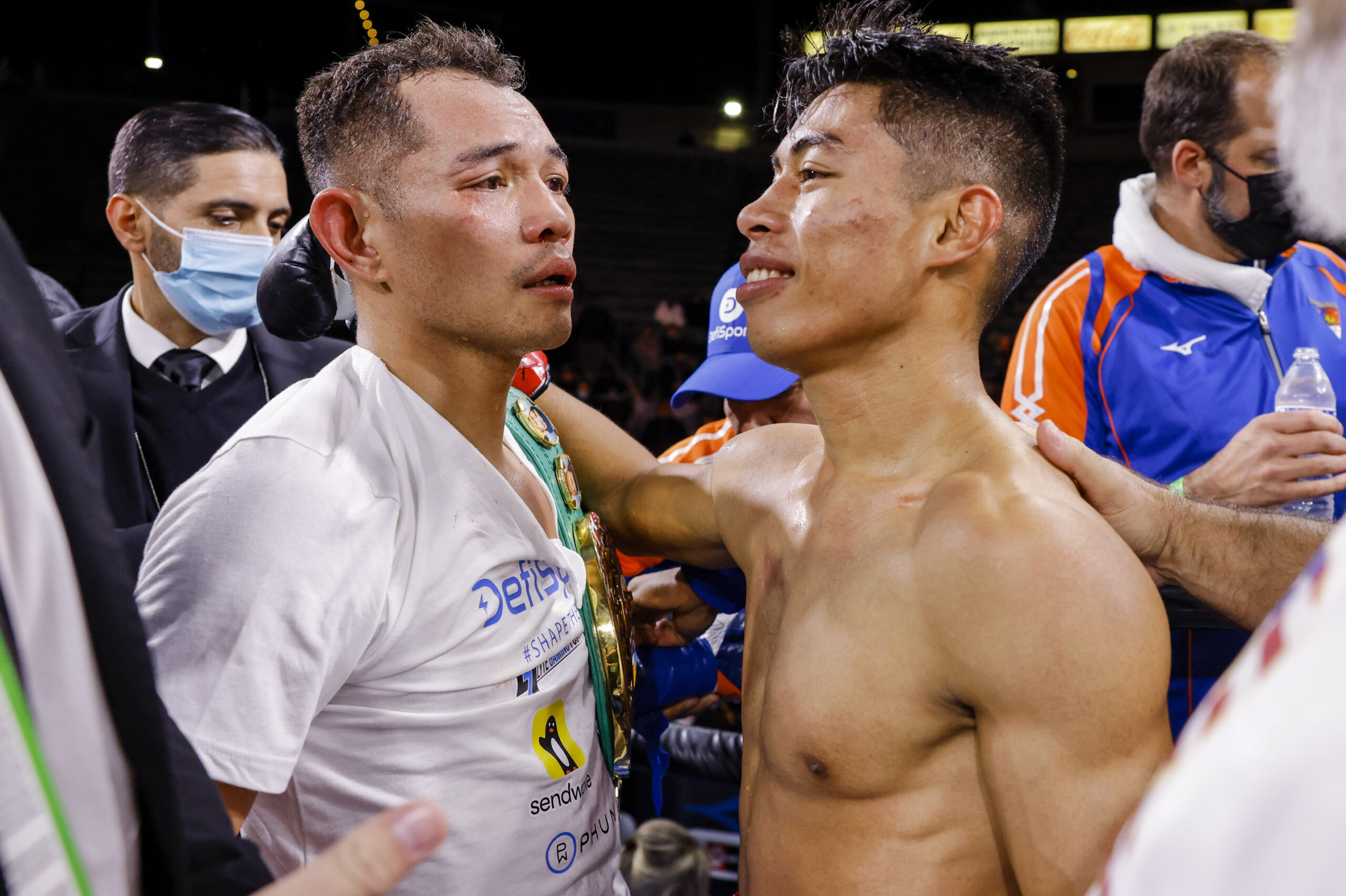 In an all-Filipino battle, Donaire (42-6, 28 KOs) continued to build up his Hall of Fame resume, landing his signature left hook, this time to the body, to eventually end the fight. Gaballo (24-1, 20 KOs) came out employing a high guard, clearly working to avoid that vaunted left hook.

“I’ve been in this game for such a long time and I’ve had so many fights, I didn’t think I was going to have to feel him out,” said Donaire. “But he came out differently than I thought he would. He tried to nullify my left hook, but I just had to have no mercy.”

The four-division world champion in his second reign at 118 pounds, Donaire was able to remain patient as he searched for an opening for his preferred attack. Heeding the advice from his corner, Donaire found his spot for the left hook in the fourth round, connecting to the body and putting Gaballo down late in the round.

“My wife and my dad were telling me to go to the body,” said Donaire. “I had to set it up by bouncing up and down to open up that shot. I was throwing the right hand in the earlier rounds and then he didn’t expect the left hook to the body.”

While Gaballo was able to momentarily rise to his feet after the blow, he quickly retreated back to the floor, prompting referee Ray Corona to halt the bout 2:59 seconds into the round.

“I thought he was going to get up because I know he has a lot of heart, but that was a tremendous punch that landed,” said Donaire. “I just told him after the fight not to be down. Because he’s a great fighter. I had trouble figuring him out and I’m here to help him with anything he needs the rest of his career.”

With his first defense of the WBC title under his belt, the 39-year-old Donaire will now seek a rematch against unified bantamweight champion Naoya Inoue, after their 2019 Fight of the Year clash.

“It’s my team’s job to work on the rematch with Inoue,” said Donaire. “I believe my team is going to make it happen. I’m able to keep fighting at this age because I just have faith in myself and have a lifestyle that’s good for me. There is no such thing as a cheat day. It’s a choice day, and it’s my choice to train and to be me.”

In the co-main event, Cody Crowley (20-0, 9 KOs)was able to overcome an early knockdown to defeat Kudratillo Abdukakhorov (18-1, 10 KOs)by unanimous decision in a 10-round battle of unbeaten welterweight contenders.

“I rate my performance a ‘B’ tonight,” said Crowley. He was a tough competitor, the former IBF No. 1 contender. I was going in the underdog so I knew I was going to have to bring the fight to him the whole time. I knew that he was going to run and stop and pop with awkward shots. I was prepared for that.”

The action-packed fight heated up early, as Crowley landed a powerful left hand in round two that appeared to buckle the knees of Abdukakhorov. However, the top-rated IBF contender Abdukakhorov was able to connect with a straight left power jab that landed flush on an unsuspecting Crowley and put him on the mat with 30 seconds left in the round.

“I have a granite chin,” said Crowley. “That was the first time I have been dropped. It’s the first time my knee has ever touched the canvas, in sparring or in a fight. But I was not hurt and I got right back up.”

Despite the knockdown, Crowley was undeterred and continued to impose his aggressive style, stalking Abdukakhorov around the ring and peppering him with shots to the body and right hooks to the head. Abdukakhorov was able to land powerful counter punches and held a 31% to 23% lead in punch accuracy, but was unable to overcome the nonstop activity from Crowley.

“I have to watch the fight back but my dad (trainer Bobby Lee) didn’t like my performance,” said Lee. “He’s a perfectionist. Everyone here thought I would take Juan out earlier, but I wanted to show everyone I can box.”

The 22-year-old was impressive from the outset, landing a powerful stunning overhand right on Heraldez in round one that set the tone for the rest of the fight. Heraldez was able to have moments of success with counter left hooks and attempted to keep the powerful Lee away from him with jabs, throwing 129 throughout the fight.

After several closer rounds following the first, Lee began to pick up the pace again in round five, mixing in a body attack that quickly opened up Heraldez’s head for more power punches. By round seven, Lee had full control of the bout and was able to land the decisive blow, distracting Heraldez with a left hand before firing the straight right hand that put Heraldez down.

“I kept seeing that Juan was moving to his right and my right hand was coming up short,” said Lee. “So I knew I had to jab and box him and make him forget about that right hand. Then I made the adjustment in the seventh round and got him out of there.”

Referee Gerard White eventually waved off the count, halting the contest at 2:11 into the seventh round. This victory marked 15 consecutive knockouts for Lee as he continues his rise toward a possible world title shot.

“I’m ready for anyone,” said Lee. “It’s ultimately up to my team, but I say bring them on.”