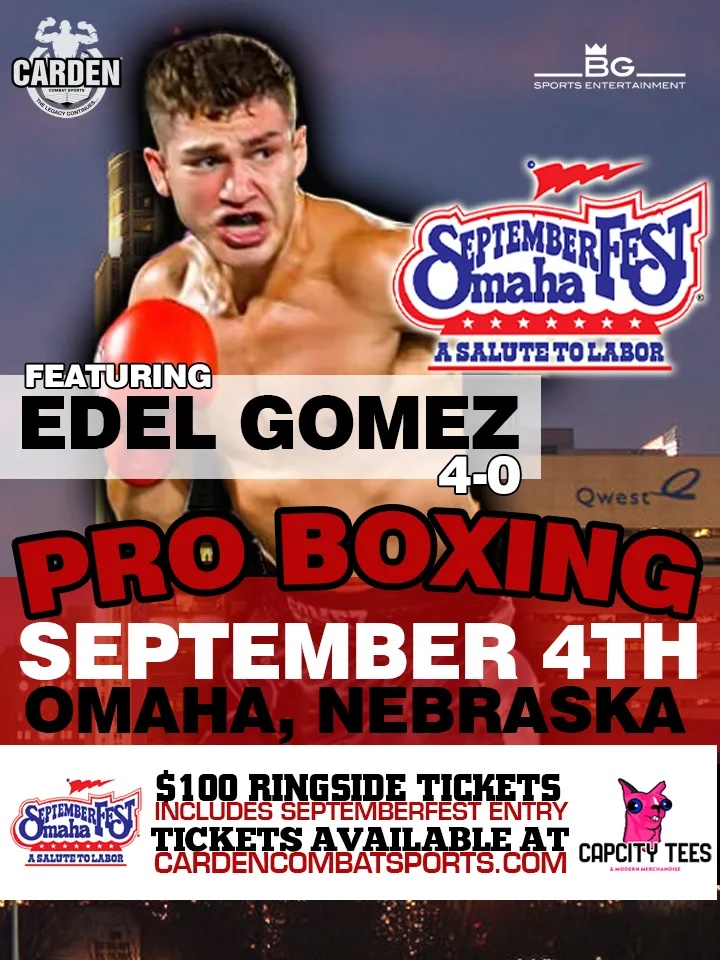 “Edel has the look, and he can really fight, too. We are going to move him along similar to Steven Nelson,” McIntyre said.

Gomez boasts a decorated amateur career as a five-time Midwest Golden Gloves Champion, 2014 Miller Lite Boxing Champion, and 2011 Junior Olympics National Champion. He could be the next big name to rise up the boxing ranks out of Omaha.

Rouj “The Hitman” Talat of Lincoln, Neb., will make his much-anticipated pro debut against Quincy Means (0-1) of Pine Bluff, Ark. Talat is an all-action fighter with a crowd-pleasing style. Boxing fans from Lincoln may remember Talat’s vicious first-round knockout for an amateur light-welterweight title in the 2019 Dillon’s Auto Boxing Championships at The Royal Grove.

Other notable bouts include: