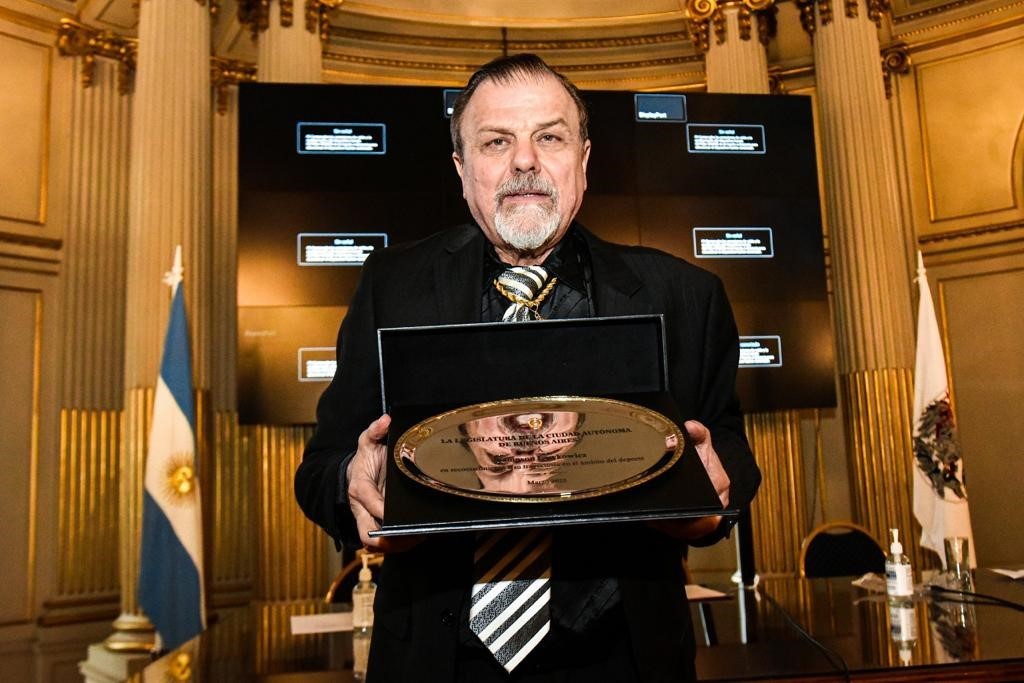 (April 4, 2022) – In an emotional ceremony on Wednesday, March 30, promoter Sampson Lewkowicz of Sampson Boxing was recognized by the Legislature of Buenos Aires for his great contributions to Argentine boxing and presented with a plaque by Argentine legislators Diego Weck and Rodrigo Morán.