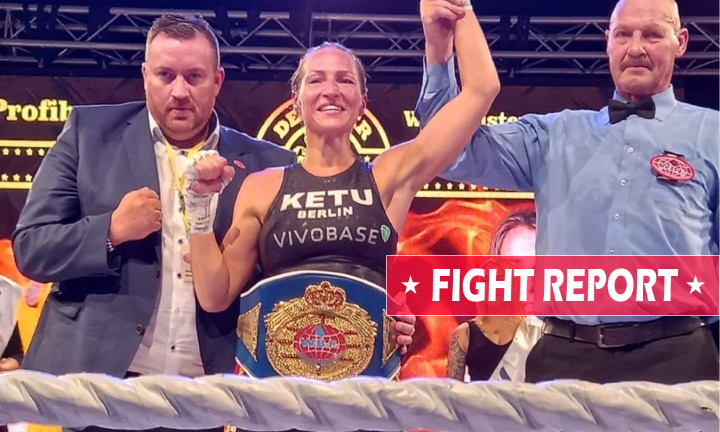 At the Paul Greifzu Stadium, Kuehne (42) won a unanimous decision over Yuliia Kutsenko from Russia, proving that she is still one of the very best in her weight-class.