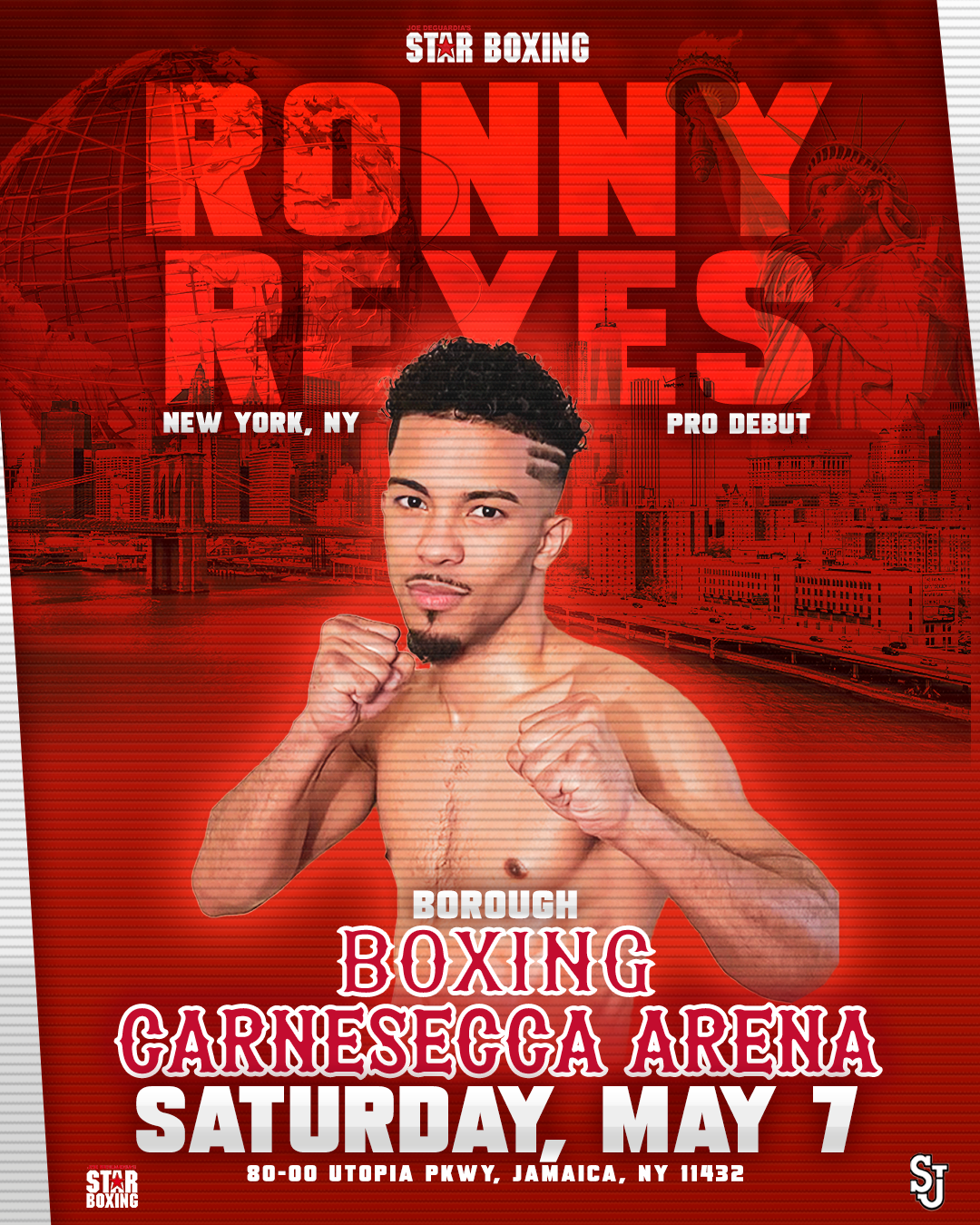 Ronny grew up on the Lower East Side of New York City, where he currently resides with his sister, who he helped raise. Now 25, Reyes is a college graduate with a degree from SUNY Delhi. When not fighting, Ronny is a certified personal trainer at Underdog Boxing and Fitness located in the Bronx, managed by Mainstreet Underdog. (3448 E Tremont Ave, Bronx, NY 10465). Aside form Ronny’s two Ring Masters Championships, over his 7 year amateur career, he was crowned 2019 Metro Champion and was a National Representative. He concluded his amateur journey with 25 fights winning 20.

Reyes had this to say about the signing,”It’s official! The signing is complete and May 7th we fight! We are going to put on a show. You are not going to want to miss it!”

Star Boxing brings professional boxing to Carnesecca Arena on May 7 for the first time in the famed venues existence. “Ronny Reyes is a good example of the local, NYC centric talent we hope to build through our fight series in partnership with St. John’s University. It all begins on May 7. Come and join us from the start,” said Star Boxing CEO JOE DEGUARDIA. A massive “Borough Boxing” fight card will be announced this week.

Tickets for “Borough Boxing” are on sale NOW and can be purchased by clicking HERE. The fight card will be announced soon. Doors will open at 6:30 PM ET and fists will fly at around 7:30 PM ET.

“Borough Boxing” is presented by Joe DeGuardia’s Star Boxing on May 7, 2022 at Carnesecca Arena at St. John’s University in Queens, NY.