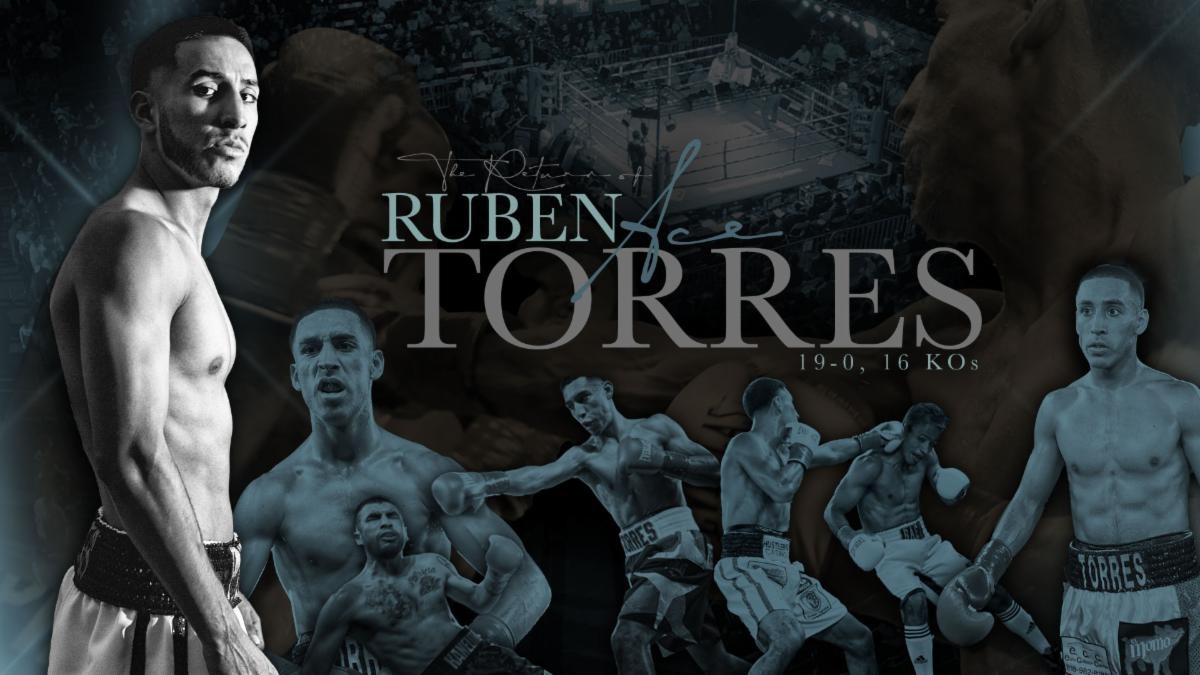 LOS ANGELES, CA (November 2, 2022) – Thompson Boxing’s undefeated lightweight star, Ruben “Ace” Torres (19-0, 16 KOs), from South Central, Los Angeles, is back in action on November 26, 2022, when he steps in the ring with Eduardo Estela (13-1, 9 KOs), of Montevideo, Uruguay. The fight is presented by MarvNation and produced by Legendz Entertainment live on Pay-Per-View. Tickets for the event are on sale now and can be purchased HERE.

“This is a big fight for me, and I plan to take full advantage of the opportunity,” said Torres. “I know Estela is hungry to make a name for himself so I’m well aware of the task at hand, I must dictate the action from the opening bell. At this point in my career, every fight is life or death. This will be my first time fighting outside of my Thompson Boxing family, and I’m going to represent my promoter with a great performance.”

Torres’ knockout of Cristian Baez (18-2, 17 KOs) in his last fight went viral, and he hopes to build on that momentum. Torres has knocked out 9 of his last 10 opponents.

“I feel my power has improved with each fight as I’m getting more comfortable sitting on my punches,” continued Torres. “Every day I train, I’m working on some aspect of throwing a power punch. All the hard work will be on display on November 26th.”

Making his U.S.A. debut, Eduardo Estela has nothing to lose and promises to bring forth an entertaining fight. He believes Torres is not on his level and plans to upset him in his hometown.

“I saw a lot of weaknesses in Torres when he fought Baez,” stated Estela. “I have confidence in my ability to execute the game plan my trainer and I put together. This will be the first time I’ll be fighting in the United States, so this is my chance to prove to the world that I’m an elite fighter. A victory will catapult me to bigger fights down the road. I will not let this opportunity pass me by. I’m fighting for all my countrymen back home. Torres is in for a rude awakening.”

“We believe Ruben Torres has all the ingredients to become a world champion,” said Alex Camponovo, General Manager for Thompson Boxing. “This is a very dangerous opponent, and a win against Estela will certainly help Torres climb the rankings.”