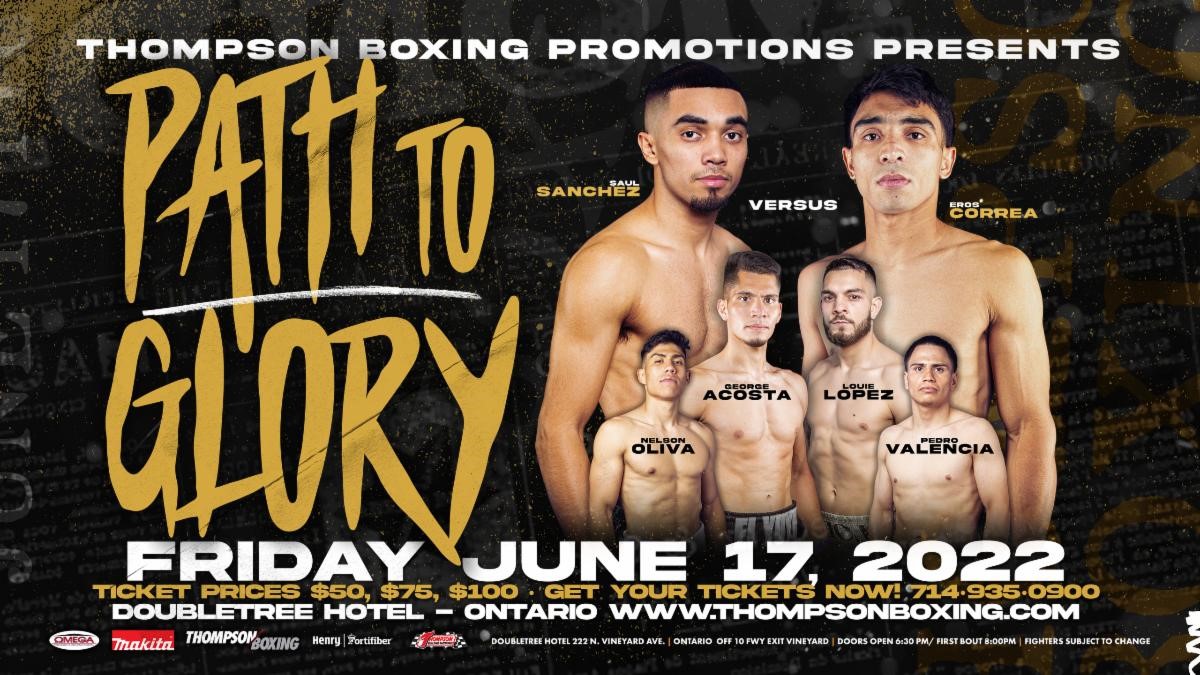 Sanchez, who had back-to-back first-round knockouts on the road againstFrank Gonzalez (8-1, 4 KOs) and Ja’Rico O’Quinn (14-0-1, 8 KOs), made headlines for such an impressive feat, especially his ShoBox knockout of O’Quinn which went viral. Now Sanchez once again is in tough and looking to make his climb at being in contention for a world title by the end of the year.

“I am thrilled to be fighting against such a dangerous opponent and to do it in Southern California is great,” said Sanchez, after completing a long workout. “I want to fight in a title eliminator this year, and I must beat the best available fighters in my division to do so. My friends, family, and supporters expect a lot from me, and I plan to live up to the potential they see in myself. This is going to be a great fight, and you won’t want to miss it.”

“This will be my first fight at bantamweight, and the those watching will see me fight at my most powerful weight class,” said Correa. “For my entire career, I’ve been fighting above my natural weight. I will be more explosive with every punch I throw. I’ve been envisioning fighting Sanchez for a long time and now the opportunity to beat him is here.”

“This is a great test for myself at this point in my career and I am ready to make the most of it,” said Acosta. “I took a loss early in my career, and now I am ready to show the world what I have learned from that. My nutrition and training are on the next level. I am progressing and becoming a more complete fighter, so taking a fight like this will show the world what level I am at now.”

“We both have one loss so everyone can expect to see me leave everything in the ring,” stated Sims. “I’ll be letting my hands go as I know I’ll be fighting in his back yard, so I must win every round. If I get him hurt, I’m taking him out.”

This event will stream live for free on the Thompson Boxing Promotions website (www.thompsonboxing.com), as well as their Facebook and

YouTube pages. In addition, Fight fans will be able to watch all Thompson Boxing fights, weigh-ins, and behind-the-scenes content, via their new Mobile App downloadable on Apple and Google.