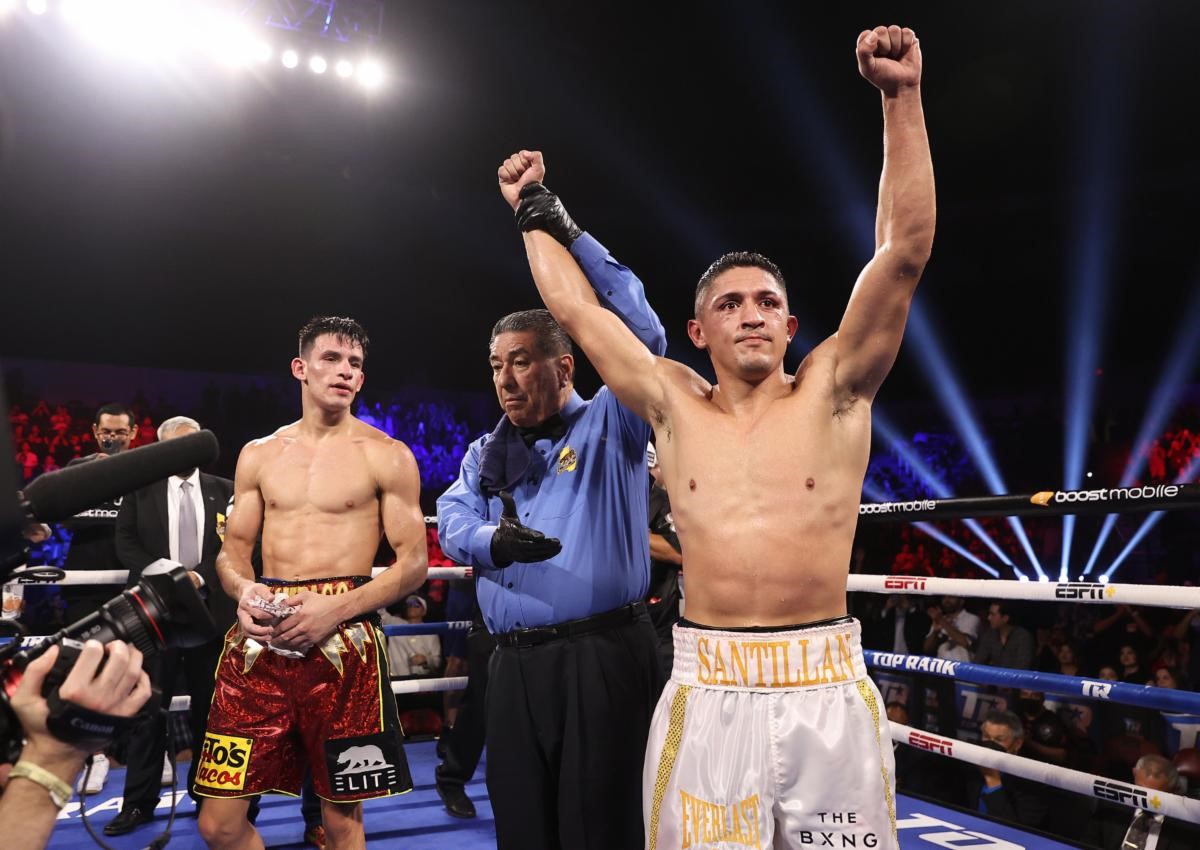 New York (October 18, 2021)-Split-T Management fighters were a perfect 4-for-4 over the weekend with winning efforts on Friday night in San Diego and Saturday night in Brooklyn.

Friday night in San Diego, Split-T fighters racked up three victories as Giovani Santillan remained undefeated with a 10-round unanimous decision over Angel Ruiz in a welterweight bout.

Santillan was able to get the better of the fast paced fight by landing hard combinations on the inside. The fight was fought at close quarters with many exchanges that saw Santillan land more and harder.

In round seven, Santillan’s left eye began to swell.

Santillan said, “This is what it’s all about, a great fight in front of my amazing hometown fans. They were cheering for me all night, and it was an honor to perform for my people in San Diego.

“My father and I always wanted to fight here. It was a dream come true, and credit to Angel Ruiz for going to battle for 10 rounds. He’s a true Mexican warrior. I have nothing but respect for him.”

Santillan is promoted by Top Rank and Thompson Boxing

Javier Martinez remained undefeated as he battered Darryl Jones over six-rounds to win a unanimous decision in a middleweight bout.

Martinez is promoted by Top Rank.

6’9″ Antonio Mireles made a successful pro debut with a first-round stoppage over Demonte Randle in a heavyweight bout.

Mireles is Promoted by Top Rank.

Saturday night at Barclays Center in Brooklyn, New York, Will Madera spoiled the American debut of Jamshidbek Najmitdinov after round five of a scheduled eight-round super lightweight fight.

In round four, The nose of Najmitdinov began to bleed. Najmitdinov also hurt his left arm, and the fight was halted after round five because of those injuries.

“This was a tough fight against a strong guy,” said Madera. “I knew I was hurting him, he was shaking his head no but that usually means yet. He was getting tired from my body shots and I could hear him grunting after each one.”

Madera is promoted by Liveco Boxing.

Split-T Management’s undefeated featherweight, Haven Brady Jr. will be in action this Saturday night in Atlanta.