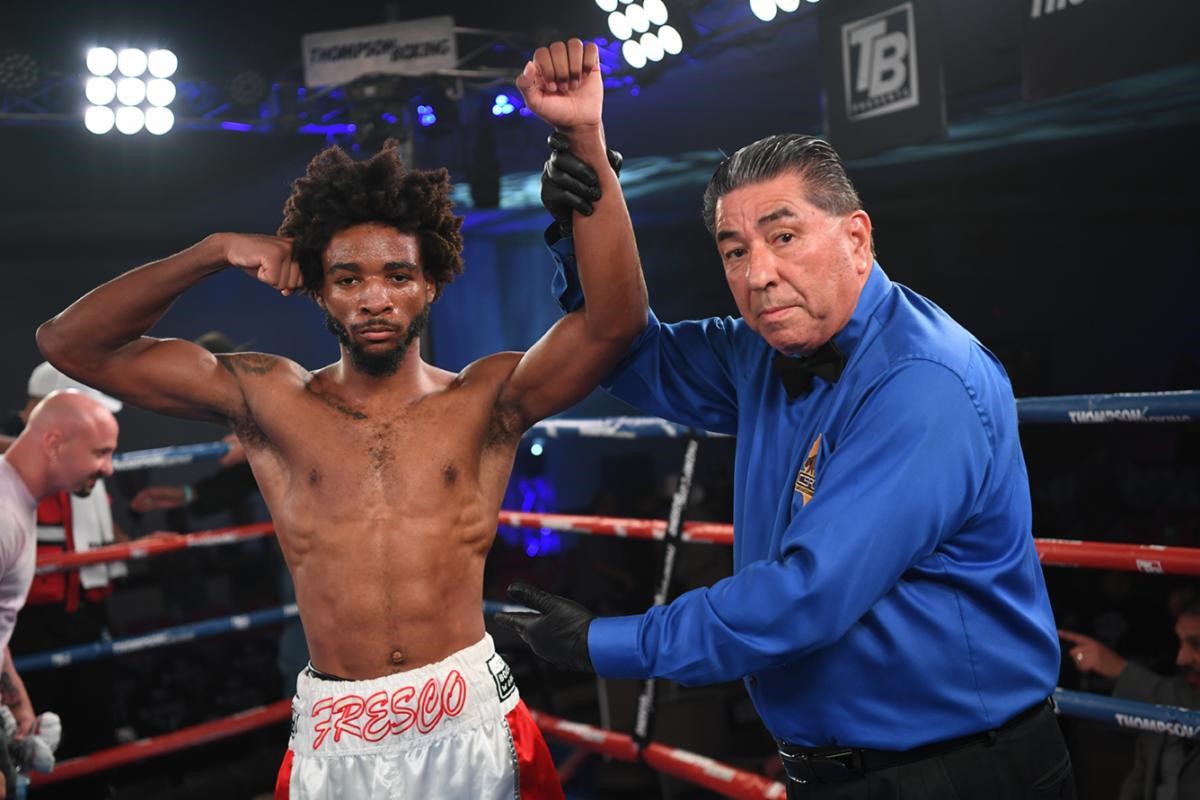 The main event featuring George Acosta vs. Enrique Bernache and the co-main showcasing Manuel Flores vs Armando Hernandez were scratched because of medical issues.

In the first minute of the opening round, Brewer dropped Renteria with his right hand to the body. Renteria got up and was dropped again with another right to the midsection, forcing the referee to stop the fight at the 2:48 mark of round one.

“I wanted to give the fans a great show and I did that by knocking out my opponent,” said Brewer, who trains in Las Vegas with the former world champion, Bones Adams. “I’m hoping to get right back in the ring before the year ends.”

In the co-main event, super featherweight Leonardo Sanchez (2-0, 1 KO) defeated Francisco Duque (0-1) by way of third-round knockout. Sanchez, the stronger fighter, sent Duque to the canvas with a flurry of punches in the opening round. In round two, Duque survived another dominating round by Sanchez, who was trying to get him out of there but was unsuccessful until round three. Duque was swinging for the fences but took a right hook to the head from Sanchez and was sent to the deck for the second time. This time Duque didn’t get up. The time was 1:27 of round three.

In the opening bout of the evening, lightweight Ioannis Manouilidis (3-0) defeated Mario Aguirre (3-19-1, 2 KOs) by unanimous decision. Both fighters were letting their hands go but it was Manouilidis that was landing the cleaner shots. Scorecards read 40-36 all in favor of Manouilidis.