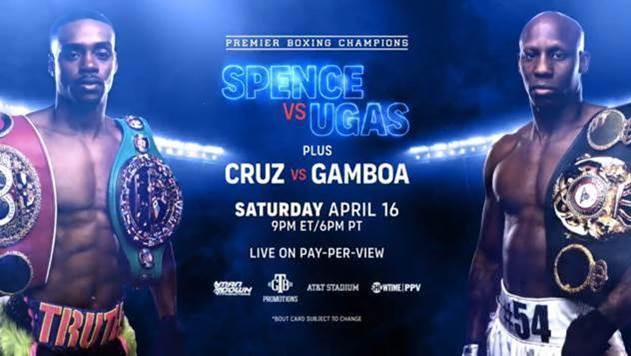 The pay-per-view telecast begins at 9 p.m. ET/6 p.m. PT and is available for purchase now for $74.99 (SRP) at SHOWTIME.com/PPV and via the SHOWTIME app, and is available to order through all major cable, satellite and telco providers in the U.S. and Canada.

Ahead of the April 9 premiere of Episode Two of ALL ACCESS: SPENCE VS. UGAS, fans can catch up on Episode One of the Emmy® Award-winning series, which is available in its entirety now on the SHOWTIME Sports YouTube Channel. Click HERE to watch.

Unified WBC and IBF Welterweight World Champion Errol “The Truth” Spence Jr. takes on WBA Welterweight World Champion Yordenis Ugas in what will be just the 12th unification fight in the rich history of the welterweight division. Spence will look to add a third welterweight championship belt to his resume when he returns to fight at AT&T Stadium in front of his hometown fans for the third time while Ugas aims for yet another upset victory after he defeated the legendary Manny Pacquiao in August.