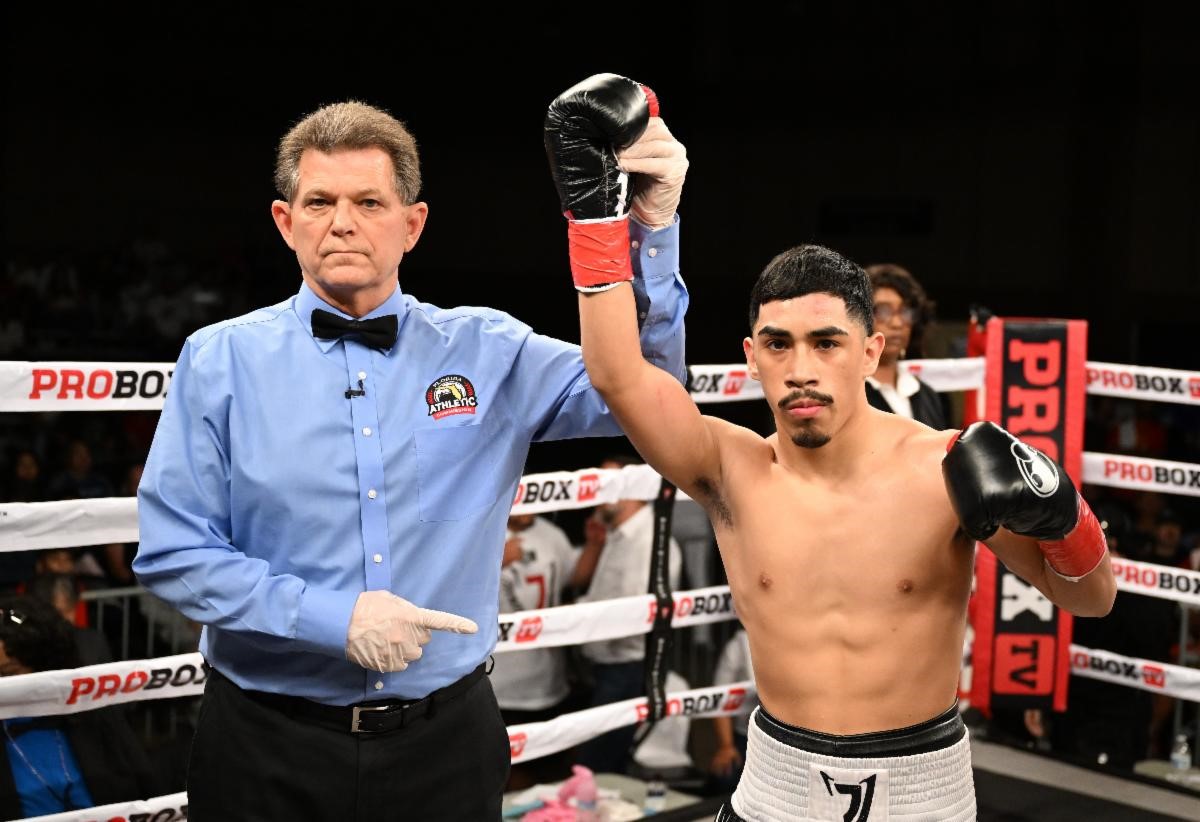 Vargas made a memorable pro debut by stopping Josh Aarons in round two of their scheduled four-round super flyweight bout at the Osceola Heritage Park in Kissimmee, Florida.

Vargas hurt Aarons with a hard right hand that was followed by two lefts that sent Aarons to the canvas, and the bout was stopped at 2:31.

Vargas, who turned 19 last week, started boxing at age 6 and had his first fight at age 8.

Vargas’ great-grandfather was a professional boxer. In his spare-time, Vargas has an interest in cars, in particular JDM (Japanese Domestic Market) cars. He lists Floyd Mayweather and Manny Pacquiao as his favorite fighters and is also a fan of Canelo Alvarez and Gervonta Davis.

He is trained by his father Nick Vargas and will debut as a super flyweight in the professional ranks.

Vargas is promoted by Teiken Promotions.

Thursday night in Montreal, Mary Spencer stopped Chris Namus in the opening round of their eight-round junior middleweight bout.

Spencer of Montreal was dominant as she scored an explosive stoppage for which she sent Namus down three-times, and the bout was stopped at 1:56.

Spencer is now 6-0 with four knockouts. Namus of Uruguay is 25-8. Spencer is promoted by Eye of The Tiger Management.