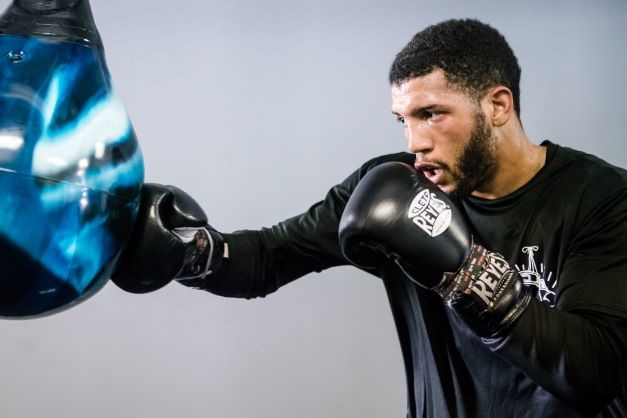 HOUSTON – May 26, 2022 – Unbeaten WBA Super Middleweight Champion David Morrell Jr. previewed his upcoming showdown against Kalvin Henderson before they square off in the co-main event of action live on SHOWTIME on Saturday, June 4 from The Armory in Minneapolis in a Premier Boxing Champions event.

After a prolific amateur career in his native Cuba, Morrell moved stateside and adopted Minneapolis as his hometown in the U.S. and thrilled the crowd at The Armory with electric knockout performances last December and June. June 4 will be the second fight that the 24-year-old will be trained by renowned coach Ronnie Shields in Texas, as he looks to again steal the show in front of his fans.

“This training camp has been special because I was in great shape coming in, and I got to work on a lot of new things with my coach Ronnie Shields. I got to spar with some new faces, and I’ll be very sharp going into this fight. My body feels good and I’m healthy. No body aches or injuries, so I’ll be ready to shine.”

On his matchup with Kalvin Henderson:

“Henderson is a very durable fighter who has never been stopped. I’m aiming to be the first person to knock him out. He’s had a lot of time to prepare for this fight, so I know he’ll be coming in great shape. He also has a lot of power, so I must be at my best defensively.”

“A victory will set up a major showdown with David Benavidez or any of the top contenders or champions. It’s no secret that I’m coming for Benavidez. I know a great performance on June 4 will lead to some big-time fights, against some big-time names.”

On fighting in his United States hometown of Minneapolis, Minnesota:

“Minneapolis is my city here in the United States. I’ve made a name for myself in the Twin Cities of Minneapolis and Saint Paul. I’m ready to set the city on fire at The Armory once again. The fans are incredible, and I can’t wait to give them another great night of boxing.”