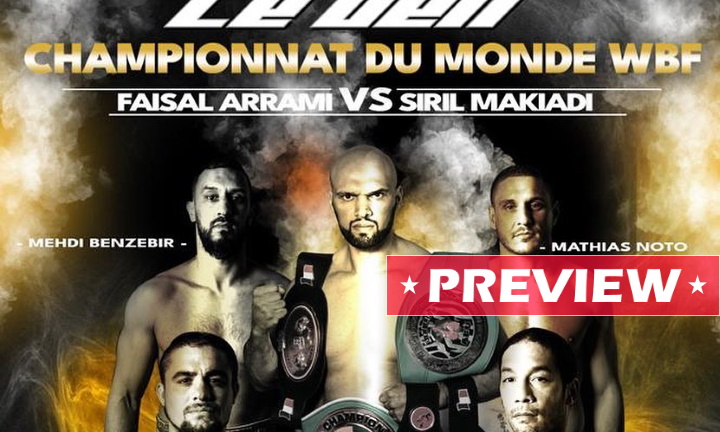 On December 2 at the Zenith De Toulon in Toulon, France, the vacant World Boxing Federation (WBF) World Cruiserweight title will be on the line when compatriots Faisal Arrami and Siril Makiadi clash.

While its a battle of former French champions, local man Arrami, 20-8-1 (1), is the more accomplished of the two, fighting at both Cruiserweight and Heavyweight.

Of Moroccan descent, “The African King” Arrami has, besides the French national crown, held the African Boxing Union Cruiserweight title, as well as the WBC Francophone Heavyweight title.

Siril Makiadi, 13-2-2 (6), from Noisy-le-Sec in the eastern suburbs of Paris, lost his pro debut in 2012 but has since only come up short once in the sixteen following bouts.

He reigned as French Cruiserweight champion between 2017 and 2018, and is now set to take part in his biggest fight to date with a chance to become WBF World champion.

Arrami vs. Makiadi is the main event of a show promoted by Graine De Champion Association, preceded by a strong undercard featuring local talent.