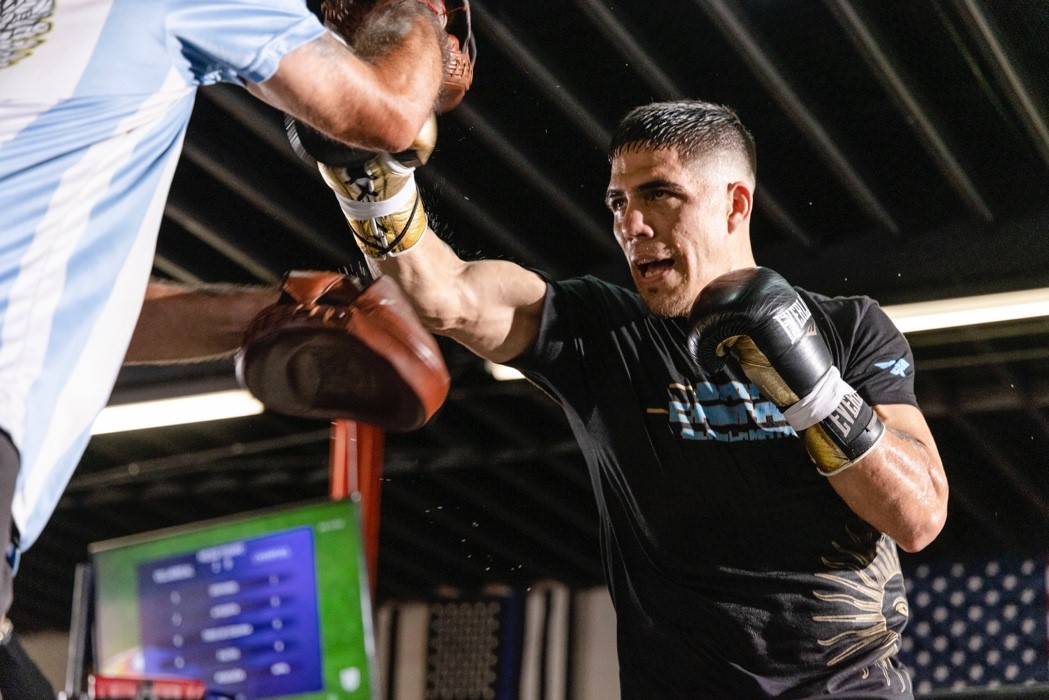 CARSON, CALIF. – May 3, 2022 – WBO World Champion Brian Castaño held a Los Angeles media workout on Tuesday as he prepares to face unified WBC, WBA, and IBF World Champion Jermell Charlo in a rematch of one of 2021’s most significant fights when they each seek undisputed status at 154-pounds once again on Saturday, May 14 live on SHOWTIME (9 p.m. ET/6 p.m. PT) from Dignity Health Sports Park in Carson, Calif. headlining a Premier Boxing Champions event.

The Charlo vs. Castaño rematch will come nine months after they went toe-to-toe for 12 grueling rounds in July 2021, with both men appearing hurt during the action before the bout was eventually ruled a split draw. Watch the Charlo vs. Castaño: Round by Round recap of the epic first fight HERE, with insight from Hall of Fame analyst Steve Farhood.

Tickets for the live event, which is promoted by TGB Promotions and Lions Only Promotions, are on sale now and can be purchased through AXS.com.

Here is what Castaño, along with his father and trainer Carlos Castaño, had to say Tuesday from Knockouts Boxing Gym:

“I’m very happy to be fighting in front of the Latino fans in Southern California. My message to the fans is that I’m going to leave it all in the ring. We’re going to be lifting up all four belts on fight night.

“I do believe that I won the first fight. It might have been by a small margin, but I won it. This time, we’re going to try everything to make sure we don’t leave the fight in the hands of the judges.

“I was training with one hand for quite a few weeks after the arm injury. But right now I really feel better and stronger than ever.

“I come to do my job. He can come in yelling and screaming, but I don’t really care. I’m focused on the task and just doing what I need to.

“I’m always going to fight whoever the fans want me to face. Give me the name, and I’m ready to go. I want to fight the best. Elite opponents are what motivate me.

“Our press conference was intense and our exchanges definitely motivated me a lot. He saw a different fight than I did, if he saw himself winning eight rounds. I don’t know what he saw, because I felt like I won by two points.”

“We are ready to fight all 12 rounds. It is going to be a 12-rounds full of action. We know Charlo’s potential, and that he’s got great power. If it were up to me, I would prefer to get the knockout, but I also know we have a tough opponent.

“I look at Brian first and foremost as a boxer. When he is training, inside the ring, during the fight – I am his trainer. Outside of the boxing gym, I am then his father and he is my son.”