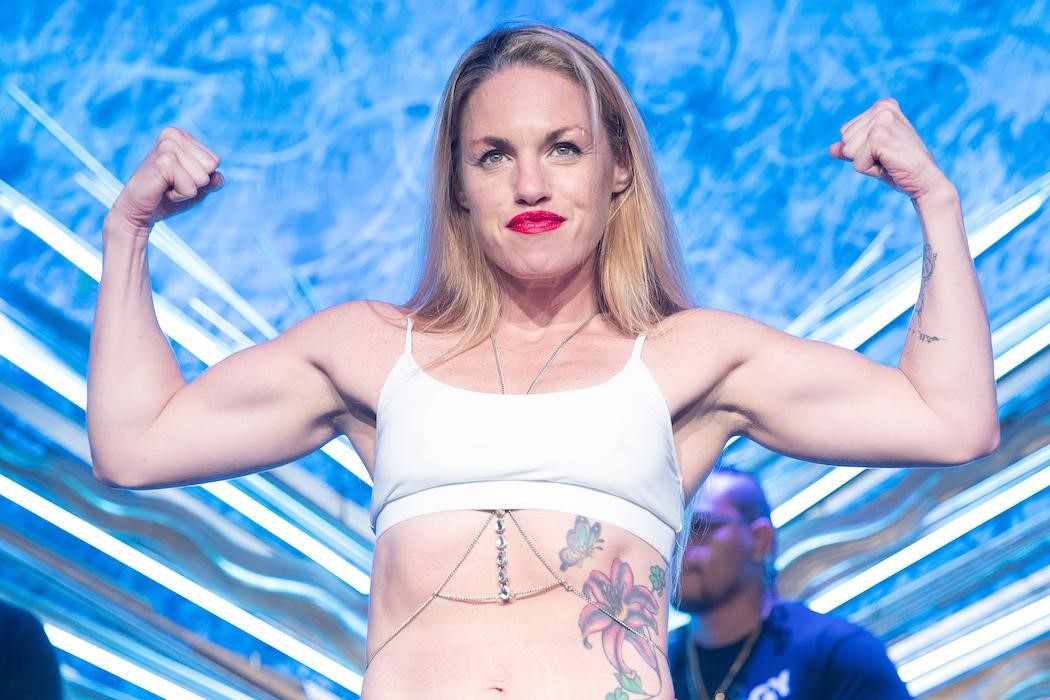 Heather Hardy (22-2, 4 KO’s), Brooklyn born and raised and former World Boxing Organization Featherweight Champion, will bring “The Heat” back after 17 months of inactivity as she mounts another run at a world championship. Hardy is currently ranked #12 in the lightweight division by the Women’s International Boxing Association. Heather is a graduate of John Jay College in Brooklyn, began boxing in the gym at age twenty-four and made her professional debut in 2014 at the tender age of twenty-eight. In 2013 she won the vacant UBF International super bantamweight title and in 2014 won the WBC International super bantamweight title, which she successfully defended five times. On October 27, 2018, Heather became world champion, winning the WBO featherweight title with a unanimous decision win over Shelly Vincent at Madison Square Garden. Heather lost the title the following September to Amanda Serrano in a clash of women boxing stars.

Calista Silgado (20-15, 15 KOs) from Santiago de Tolu, Colombia made her professional debut in 2012 and is an eight-time world title challenger. She also fought in a bare-knuckle fight in October 2021.

Sony Hall is located at 235 W 46th Street in Manhattan.