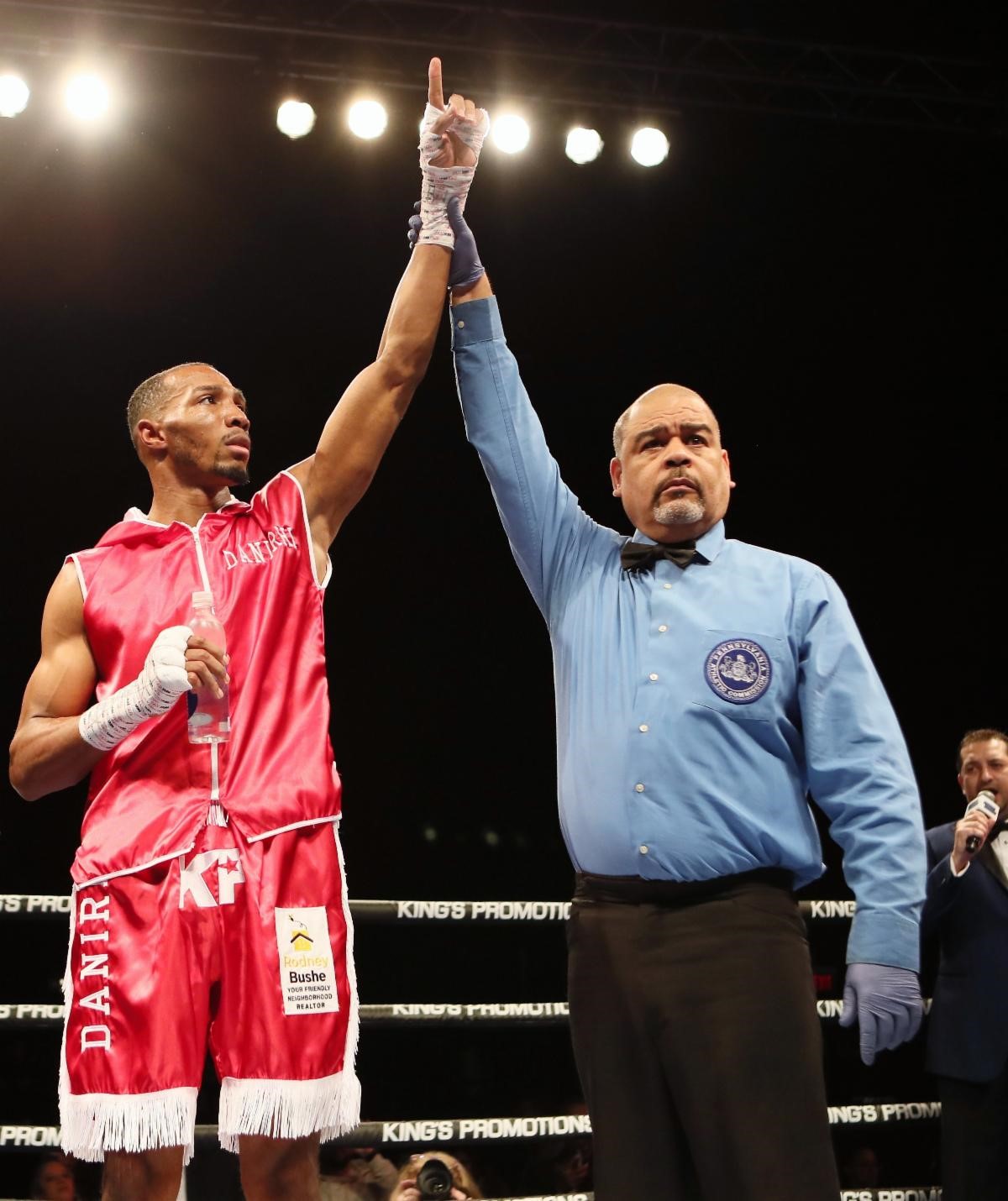 The eight-bout card was promoted by King’s Promotions.

Seconds into the bout, Wheeler dropped Adams with a power jab. Adams never fully regained his balance , as he was wobbled by two more punches, and the fight was stopped at 1:22.

Kenny Robles pounded out an eight-round unanimous decision over Naim Nelson in a junior welterweight bout.

In round six, Chavez was deducted a point for holding. Rodriguez dominated the action and won by scores of 60-53 on all cards.

James Bernadin stopped Kevin Asmat in the 6th and final round of their lightweight fight.

It was a tough scrap that was set up the day before when Benadin shoved Asmat at the weigh in. Bernadin got the better of the action, but Asmat had moments. In round six, Bernadin landed several hard shots that forced a referee stoppage at 2:52.

Julian Gonzalez remained perfect as he stopped Carlos Padilla at the end of round two of their six-round lightweight contest. Gonzalez beat down Padilla and the bout was stopped.

LeAnna Cruz remained undefeated with a four-round unanimous decision over Anyela Lopez in a bantamweight fight.

Quadir Albright remained perfect with a 3rd round stoppage of Antonio Wattell in a scheduled six-round junior welterweight bout.

In round one, Albright landed a huge right that knocked Wattell down and out of the ring. Wattell was about to beat the 20 count of referee Shawn Clark. Wattell fought back in round three. Albright dropped Wattell with a hard combination to the head. Albright finished off the fight with a vicious body combination that forced a referee stoppage at 2:57.

In an exciting battle of pro debuting welterweights, Thanjhae Teasley stopped Daniel Jiles in round two of their four-round fight.

Jiles used his length early, but Teasley was able to make the adjustments and get inside and batter Jiles until the bout was stopped at 2:29.