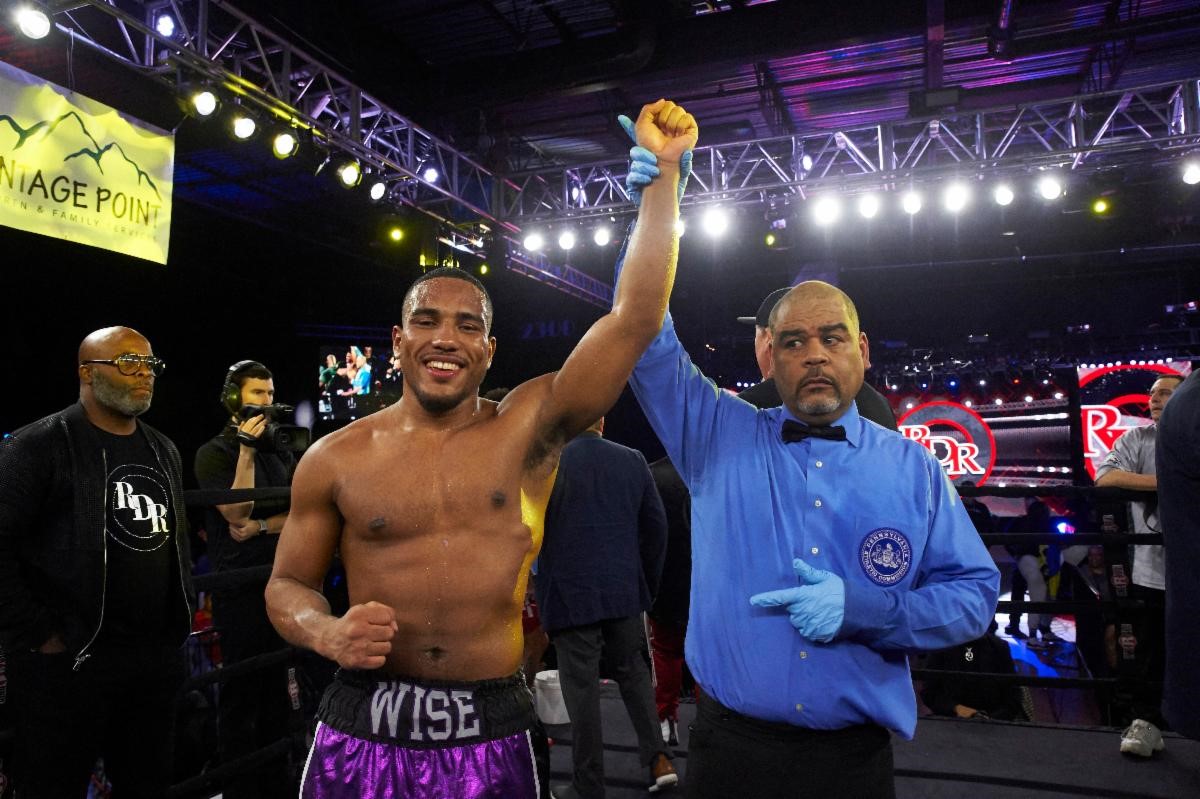 PHILADELPHIA (March 28, 2022)–Isaiah Wise got off the deck, and was in serious trouble, but stormed back to win a six-round split decision over Cameron Krael in one of the best and most exciting bouts in recent memory. The middleweight bout, which took place on Friday night, thrilled an enthusiastic crowd at the 2300 Arena.

The entertaining show was promoted by RDR Promotions.

The two fighters came out swinging from the opening bell. Krael landed ripping shots from close range, while Wise chose to keep the fight even closer on the inside. In round two, Krael landed thudding shots to the head of Wise that made the Philadelphia native buckle and stumble until another right hand put him down. In serious trouble, Wise took several more shots, but he was able to steady himself enough to make a comeback.

Wise started to surge in round three as he rocked Krael with uppercuts and worked to the body. Krael was not done by any means, as he would fight back that set off several furious exchanges that had the crowd on their feet throughout the contest. In rounds five and six, the constant power punching of Wise With the fight in the balance, Wise was able to dig down and land more than Krael

There was suspense while waiting for the judges scores to be announced. Wise took two cards by 58-55 and 58-56 tallies, while Krael won a card 57-56.

Raimkulov scored two knockdowns, with the finishing blow being a right that may have stayed behind the head.

Raimkulov of Philadelphia via Kazakhstan is 5-1-2 with one knockout. Seldon of Atlantic City is 14-5-1.

Nimal Farmer made an impression in his pro debut with a first-round stoppage over Anthony Curtiss.

Farmer was impressive in taking the fight right to the 18-fight veteran and the fight was stopped at 1:46.

Farmer of Philadelphia is 1-0 with one knockout. Curtiss of Butte, Montana is 3-16.

Cruz landed a big barrage of punches on the ropes before referee Shawn Clark stopped the bout at 1:52 of round three.

Raekwon Butler scored a first round stoppage over Leonidas Flowers in a super lightweight bout.