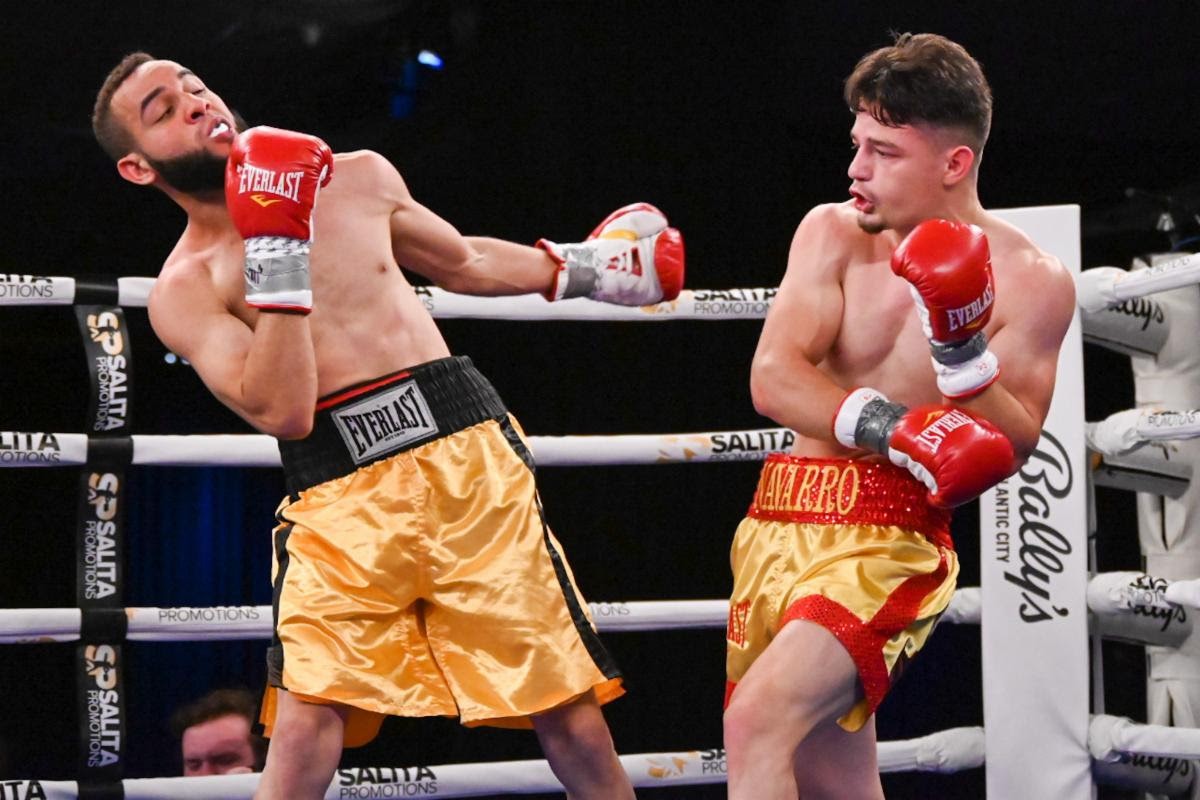 NEW YORK (October 24, 2022) -Split-T Management fighters David Navarro and Joseph Hicks Jr. scored second round stoppage victories on Friday night at Ballys Hotel and Casino in Atlantic City. Their fights were part of the non-televised undercard of a SHOBOX: The New Generation card

The 22 year-old Navarro hurt Hernandez in the second frame after a hard flurry of punches. Navarro was able to finish the fight at 1:02 to raise his record to 5-1 with three knockouts. Hernandez falls to 14-7-1.

Hicks took out Luis Solis also in round two of their six-round middleweight bout.

Hicks of Grand Rapids, Michigan landed a hard combination that sent Solis to the deck, and the fight was stopped at 2:52 of round three. Hicks kept his perfect mark intact as he is now 3-0 with three knockouts.

Hicks says his brief encounter with Solis was a learning experience. “I learned to try to get warmer in the dressing room before I come out. I didn’t feel warm in the first round, but besides that I’m ready for whatever comes next.”

Hicks is promoted by Salita Promotions.