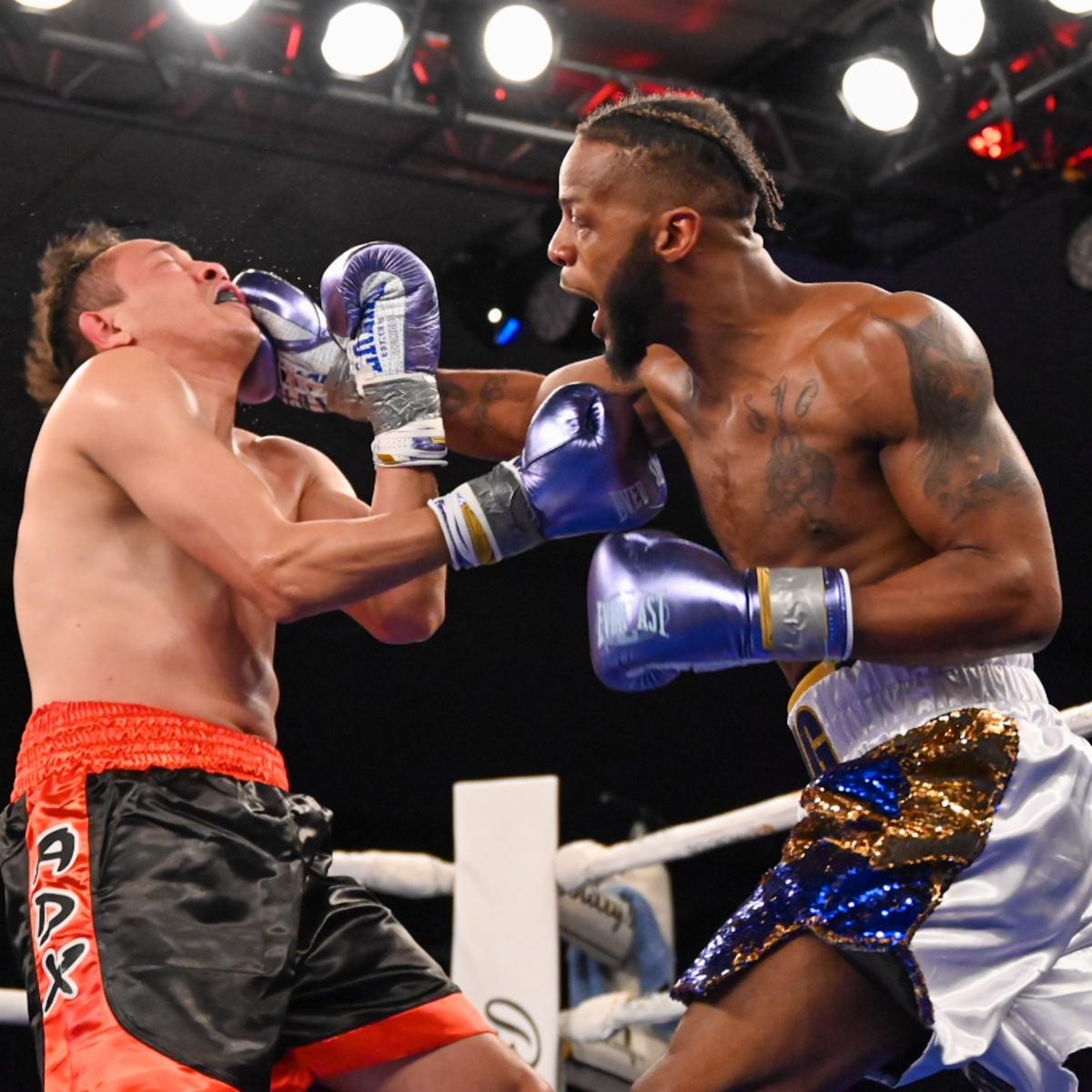 Hicks, a former amateur champion, needed a round to study the hard-punching and awkward veteran Solis, but then lowered the boom in round two with a three-punch combination of rights and lefts that dropped the Mexican veteran for the full count at 2:52 of the second. Solis didn’t appear badly hurt but had clearly tasted enough of Hicks’ power to elect not to get back up and continue.

“I give myself a C+,” said Hicks of his performance. “I got a little anxious and there were times I felt myself reaching in the first round, but I caught him in the second with a right hand and his eyes did something that I knew the fight was over, so I finished him with a combination.”

Hicks says his brief encounter with Solis was a learning experience. “I learned to try to get warmer in the dressing room before I come out. I didn’t feel warm in the first round, but besides that I’m ready for whatever comes next.”

In an action-packed duel fought with good skills both ways and plenty of leather flying, Pagan pulled away with sharp and accurate punches inside and clubbing shots to Watt’s stomach that seemed to slow the Ohioan down just enough.

“My dad and I worked on that body shot a lot because we knew it was going to work in the fight,” admitted Pagan, “so we practiced it on the bag and on the pads and executed it during the fight.”

Watts had a good round six, but it wasn’t enough to change the outcome.

“My preparations were great, added Pagan. “I knew it would be tough fight. I’m undefeated and he was undefeated and neither of us were trying to lose, so I prepared for a tough battle and that’s what it was.”

The scores were 59-55 by all three judges in favor of Pagan.

After a pedestrian first round, Hernandez came out in round two looking for war and Navarro was happy to oblige. He countered the Dominican’s attempted assault with strong counters between the flailing shots.

After a minute of trading, Hernandez was looking badly wobbled and finished for the night. Referee Mary Glover wisely waved off the action at 1:02 of the second.

Hernandez fought bravely but was simply outgunned and left the ring in a precautionary neck brace.