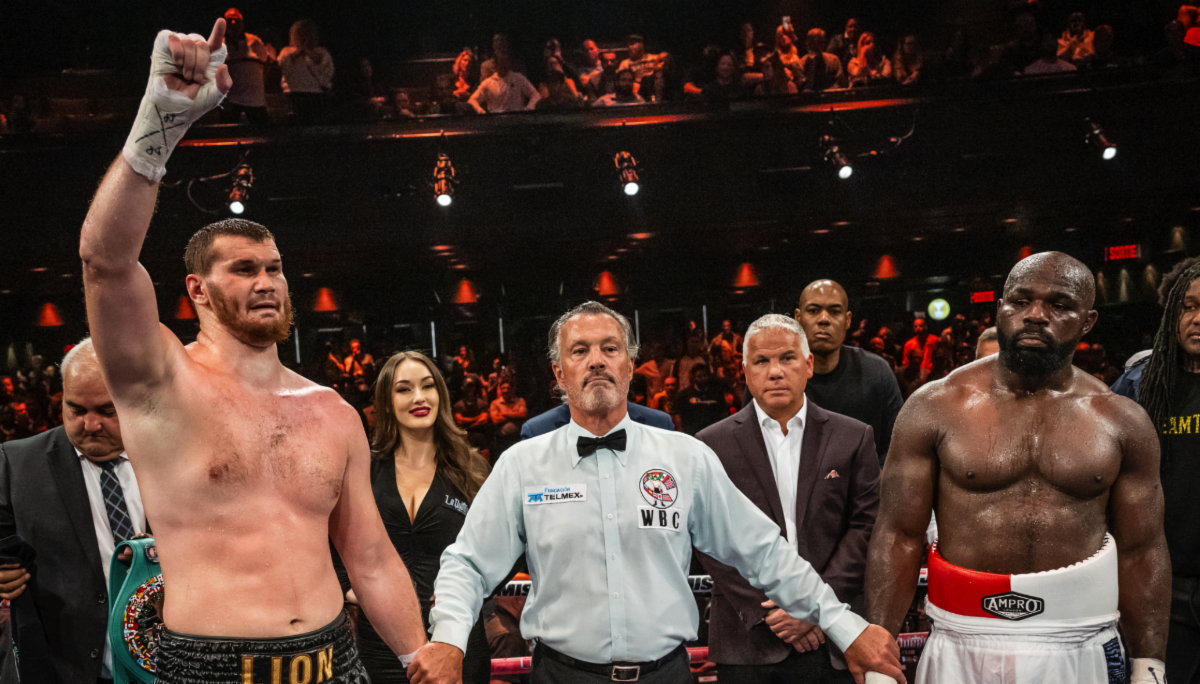 The heavy handed Makhmudov expectedly started fast and furious, pushing Takam across the ring and into the corner before attempting to drown him with combinations.  As the true veteran Takam is, instead of taking the onslaught or further damage, he took a knee and the remaining time left in the count to regain his composure.

Takam began to find his footing with an overhand right and stiff jabs to the body.  Makhmudov continued to try and land a bombs away one-two, but Takam was resilient and would not waver.  Both men dished and took some vicious punishment throughout the ten round main event.

As the fight carried on, Takam began to give Makhmudov fits, making him uneasy at times and put him on his heels for arguably the first time in Makhmudov’s career.

Heading into the 7th round, Takam was in control, getting his punches off first and caused much hesitancy for Makhmudov – barreling towards a possible major upset. However, late in the round Takam winged a right hand, throwing himself out of position against the ropes.  Makhmudov capitalized when he landed a right hand that dropped Takam.  A pivotal moment in the fight turned a Takam round, into a 10-8 Makhmudov round. Raising from the count to the sound of the bell indicating the close of the 7th round, Takam and Makhmudov entered rounds 8-10 where either fighter could turn the tide of the captivating heavyweight battle.

Takam found success with massive overhand rights and sweeping left hands to the body, buzzing Makhmudov on a few different occasions.  As the final bell rang, Takam became the first to take the powerful Makhmudov to the judges scorecards, but fell short by decision, with the 7th round knockdown proving to be the pivotal difference. (97-91, 96-92, 96-92). CEO of Star Boxing, JOE DEGUARDIA, had this to say about the fight, “Carlos once again proved that he belongs at the elite level of the heavyweight division. Makhmudov came into the fight with high praise and Carlos matched him. Carlos constantly thrills fans with fantastic action fights and will test any fighter in the division. Every time out Carlos earns the respect of the crowd and boxing fans across the world. Congratulations to Team Makhmudov on the victory.” ﻿