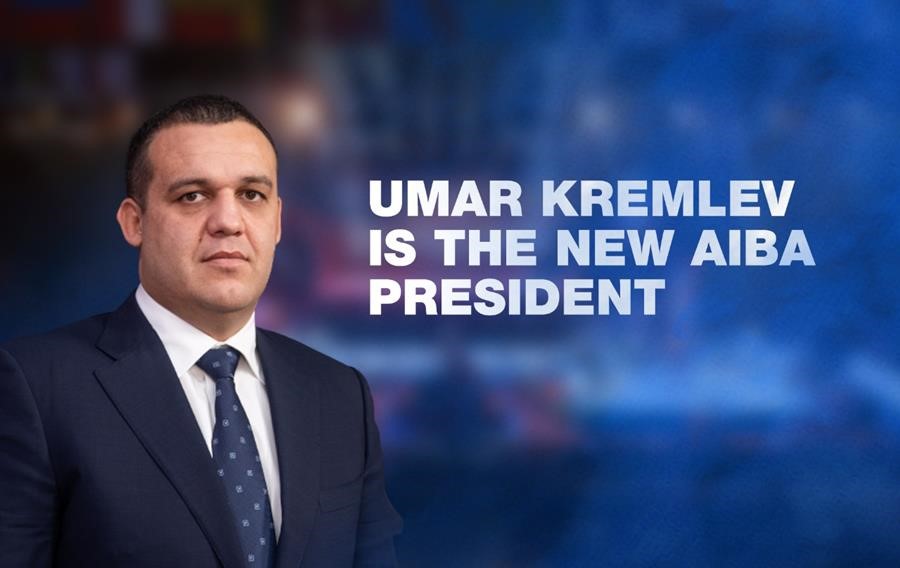 Lausanne, Switzerland – December 12th, 2020: Umar Kremlev is the new president of the International Boxing Association (AIBA), winning the election on Saturday with 57.33 per cent of the vote. Kremlev has called for unity and reforms in AIBA, the sports body that represents amateur boxing worldwide.

The election was held virtually at AIBA’s ongoing congress due to the pandemic. It was attended by 155 National Federations from five continents.

“Let me make it clear: the path to rebuilding AIBA is not easy. It will not happen overnight. We have to unite together and work with one mission, and one mission alone: rebuilding the credibility and trust that AIBA once had in the minds of sports people worldwide and that includes, of course, restoring AIBA’s Olympic status,” Kremlev said after winning the election.
Kremlev’s ambitious manifesto aims to pay off the millions of dollars in debt accumulated by AIBA under previous administrations.
“Getting rid of AIBA’s debt will be the first priority. As I promised when I announced my run for the presidency, I will clear this debt in the first six months. My administration will aim to raise $50 million within two years, all of which will be used to rebuild AIBA,” Kremlev told the AIBA Congress.
He has announced plans to provide annual funding of $2 million to AIBA’s national federations and to set up boxing academies on each continent to train athletes, coaches, referees and judges.
Kremlev has made it his mission to develop boxing around the globe. As head of the Russian Boxing Federation since 2017, he participated actively in the organization of various international boxing tournaments, including the 2019 AIBA Men’s and Women’s World Championships.
Kremlev also launched the first Global Boxing Forum, which was first convened in early February 2018 in Sochi, Russia. It soon became a platform for an open dialogue between representatives of the world boxing community from more than 130 countries as well as heads of leading boxing organizations, athletes, Olympic champions, world champions and promoters.
Kremlev is confident he can chart a clear path for AIBA to be reinstated by the International Olympic Committee (IOC) in time for the Paris Olympics in 2024.
“Boxing is the sport of fighters. Our fight today is against financial debt, against incompetence, against corruption, against doping, against poor training, and against poor safety. Strengthening AIBA’s governance structures, and ensuring our checks and balances work, will be the focus of my tenure as president,” announced Kremlev.
The new AIBA president has received strong support from the National Federations, who see his leadership qualities and strong track record as necessary for AIBA at this crucial junction in its history.